emilia clarke looking like a goddess straight off of mount olympus

i have been gone for far too long on here, and it is time for that to change. there’s nothing like an awards show to kickstart you, so here i am. thanks to me starting a new role at work a few months ago things have gotten a bit crazy, but blogging has always been a great creative outlet for me and it’s time for me to get back into it. so without further adieu, let’s get into it.

i am a tv fiend… there are way too many shows that i watch, which my netflix, hulu, and amazon accounts can attest. so while i sit here watching the emmys, trying to catch a glimpse of my faves from silicon valley, snl, outlander, game of thrones, and catastrophe (to name a few), there are a few outfits that caught my eye. 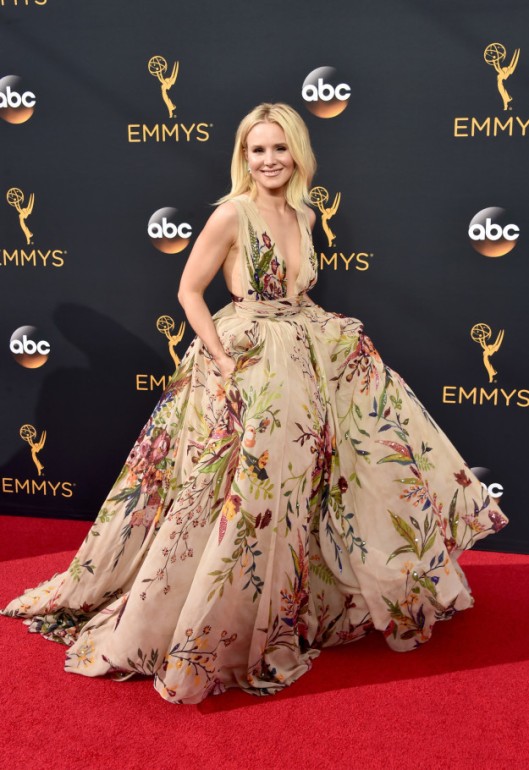 kristen bell can never do any wrong in my eyes, and this dress proves that 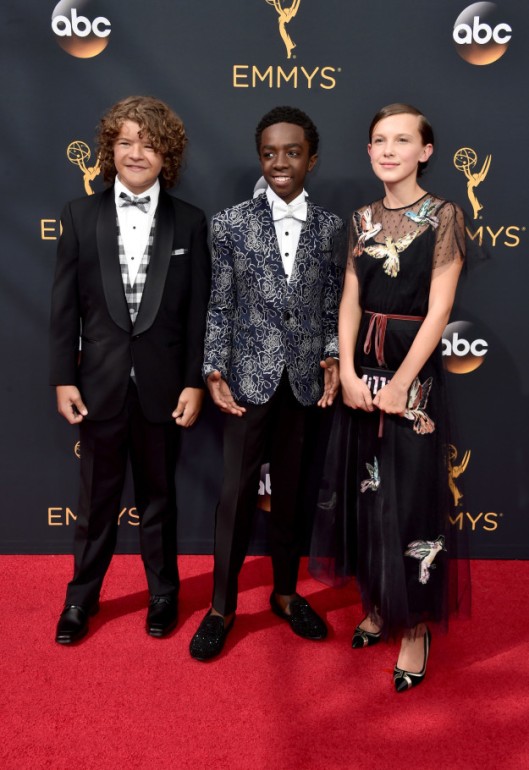 i won’t lie, i am way too scared to watch “stranger things”, but these kids look great 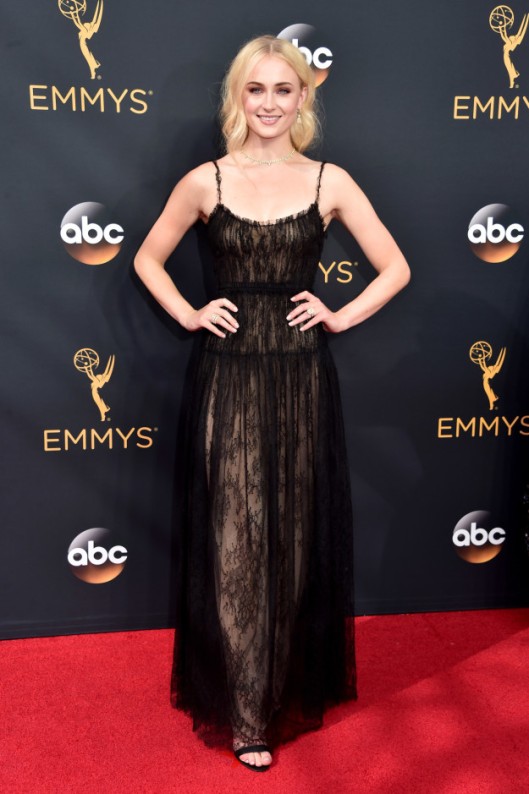 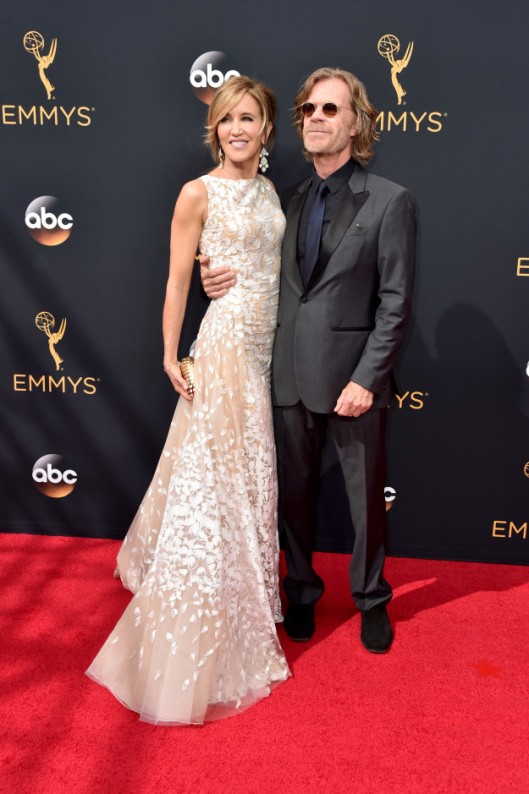 i think we can all agree that priyanka chopra looks red-hot (get it?) and also a little bit like the dancing woman emoji. 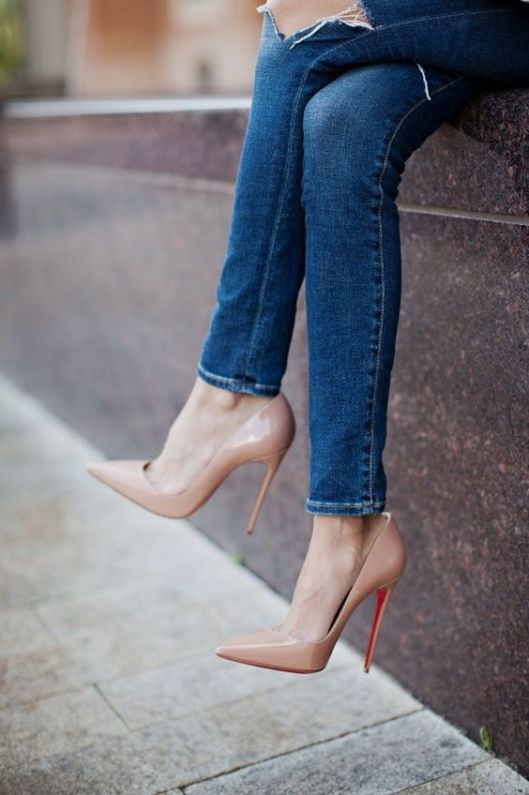 if you want to talk about a look that is stylish, cool, and very put together (but doesn’t require a lot of effort), then jeans and pointy-toe pumps are the move. a few years ago i never would have said this… if you had asked me my thoughts on pointed pumps i probably would have laughed, but my how things have changed. if you’re going for something classic, this style of shoes can help you get there. now they may not be the most comfortable, depending on height and the padding on the sole, but at least you know that your jeans will feel good. so throw on a jean shirt, a white button down or an oversized sweater, slip on your favorite jeans, and slide into your pumps and you’re good to go. these are some of my favorite affordable options: nine west tatiana, sam edelman dea, bcbgeneration treasure and these are some you can lust after: christian louboutin pigalle folies and gianvito rossi roma. 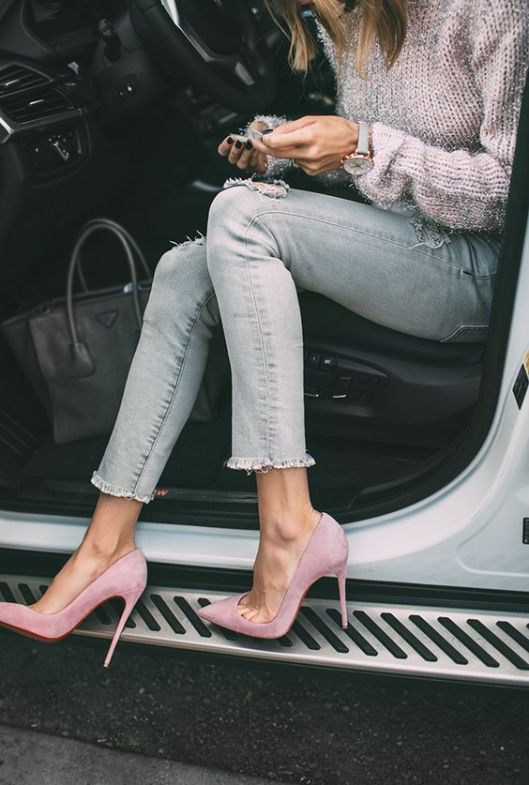 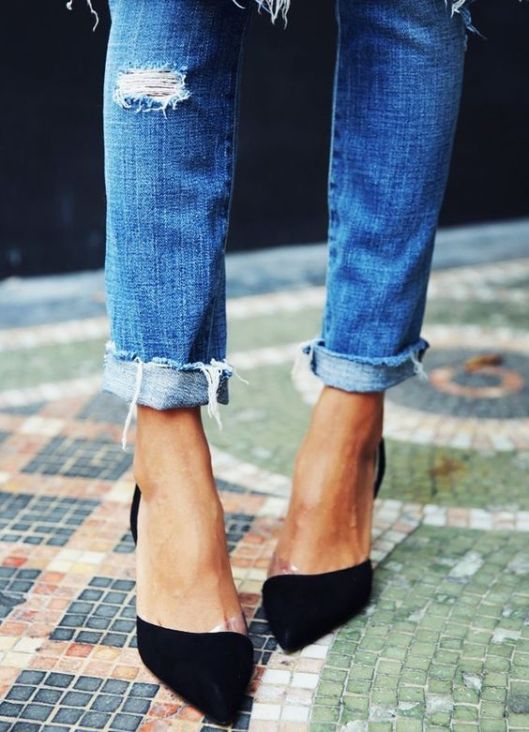 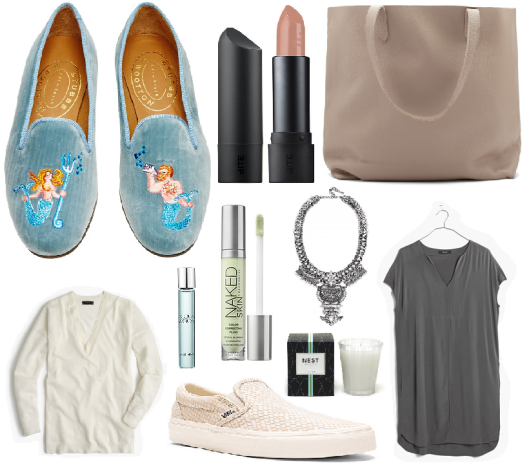 all about these aquatic beauties | my favorite nude lip color for spring | the perfect bag for carrying around everything you need | loving the hardware on this necklace | a great go-to dress | my favorite springtime scent | some lighter vans for the lighter weather | the perfect color-correcting skin solution | my number one ~light, airy, and sultry~ perfume | a “throw it on and go” kind of sweater

i am counting my blessings thanks to the fact that spring is here and the weather is slowly warming up. my winter wardrobe consists of a lot of black, taupes, and grays (shocking new york wardrobe, i know) and now that the warmer weather is here i may or may not start adding some subtle pops of color into my wardrobe. i mean a wore a red skirt yesterday, which resulted in some comments about the shocking addition of color to my wardrobe. i’ll still be sticking to my blacks and grays, but whites, creams, blushes, blues, neutrals, prints, and greens will be making an appearance. i guess it’s time to embrace the rainbow (or a few colors in it). 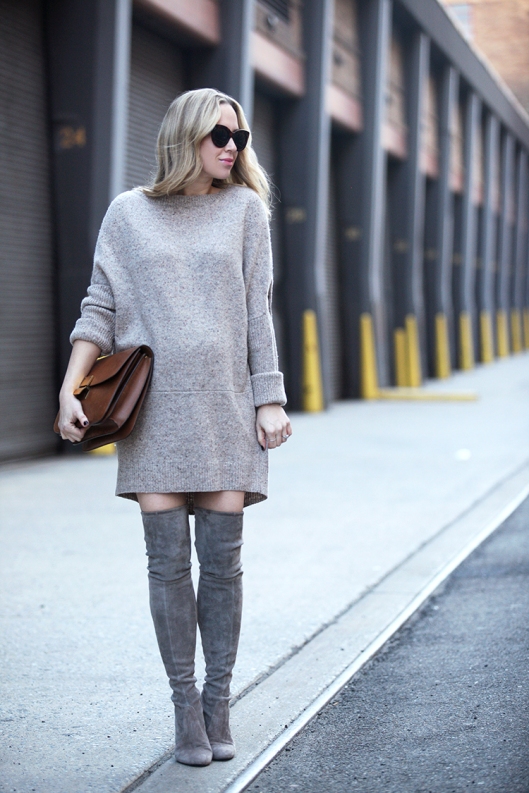 { absolutely adore this look… a.k.a. i could see myself living in it }

my friends were visiting me the other weekend and pointed out something that was pretty obvious about my style taste: i love neutrals & i stick to what works. so when they saw my different shoes, that all had a theme (otk suede boots, ankle strap, simple heeled sandals, and so on) and a similar color story i laughed. it’s true, i’m a creature of habit… i will add something different in every once in a while, but blacks, tans, grays, browns, and whites are kind of my favorite. when the spring rolls around a colored lip or a maybe a colored skirt may make an appearance, but it depends on the day. i think my taste (which is pretty singular, if you can’t tell already) explains my love for the blogger brooklyn blonde. her looks are all right up my alley and she pulls otk boots off like nothing i’ve seen before. if you’re looking for some outfit inspiration, you should head her way! 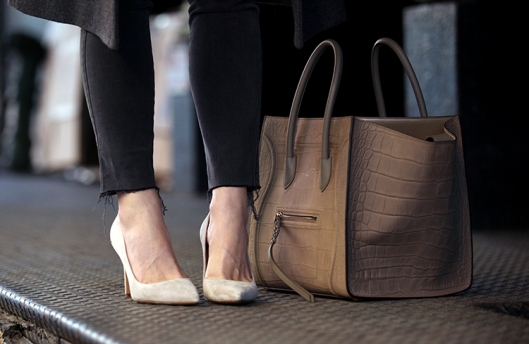 { these black jeans speak to my soul }

{ all about the comfy and cozy vibe here }

{ loving the way these neutrals all look together, plus the red lip is a win } 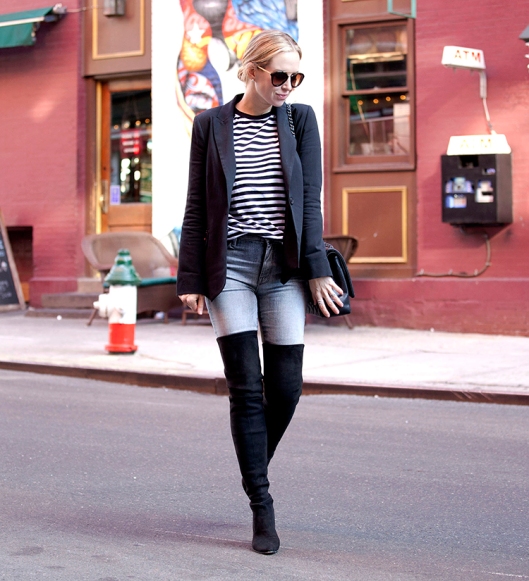 { quite simply, this look is a yes. no other explanation needed. }

saoirse looking like the angel of the red carpet

here it is… the classic “best dressed” picks from the golden globes. let me say that saoirse is my girl, and she looked like an angel. if you haven’t seen brooklyn, get yourself to the movie theaters because you need to. a huge intro isn’t needed here, since you know what i’m posting about, but i will say that once again my ticket got lost to the golden globes… but whatever, i’m dealing with it. 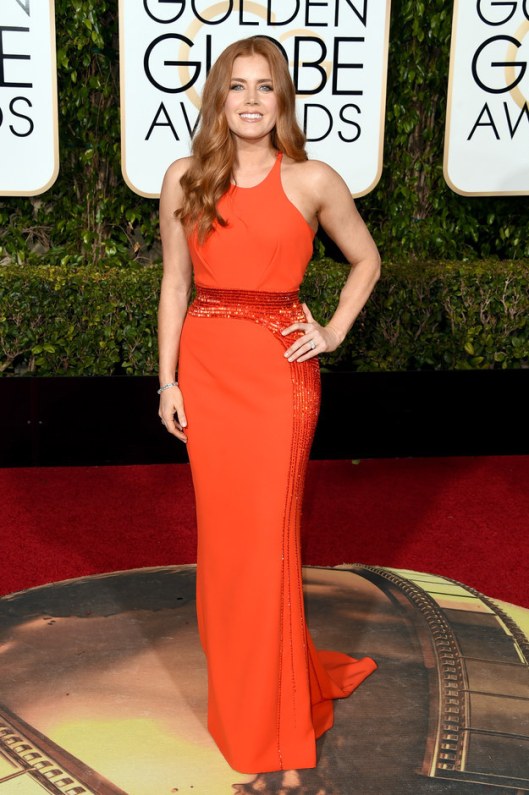 amy rocking a sporty look, which i’m really into

sam will always capture my heart (and so will outlander) 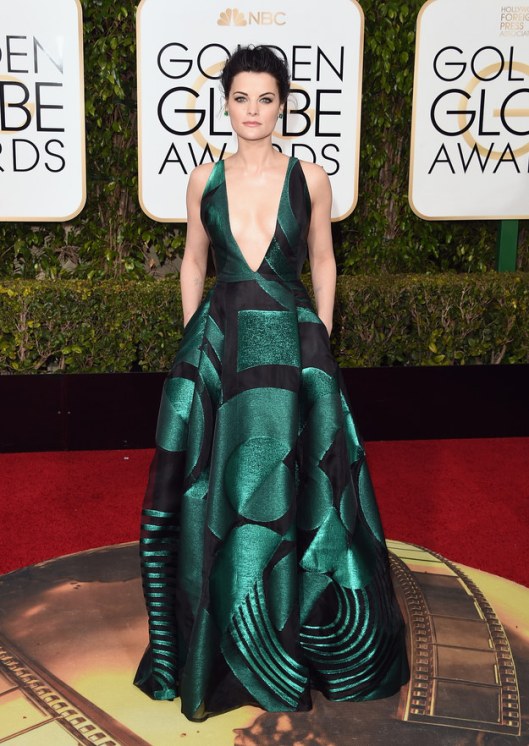 the two of them look amazing, and i love the style of kirsten’s dress 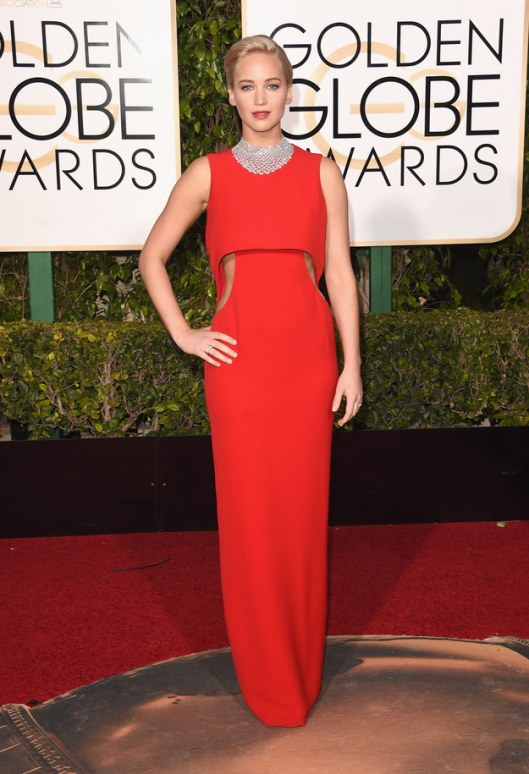 love it when jennifer wears red

fassbender can do no wrong in my eyes

i love the cut of alicia’s dress

loving this look on emmy rossum 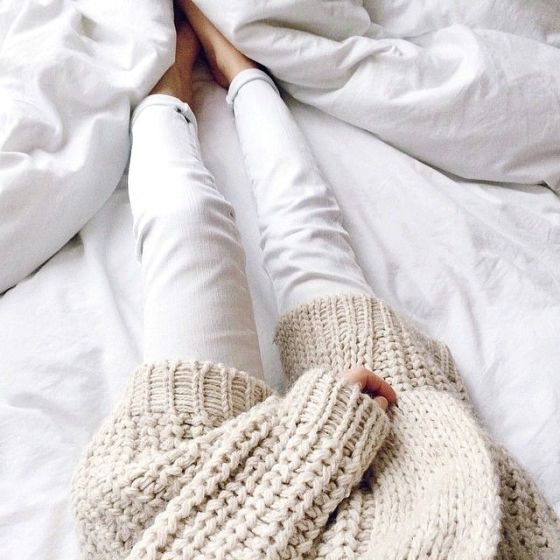 although the weather in new york right now isn’t exactly the coldest (which i am not happy about), one of my favorite cold weather trends is wearing white during the winter. picture it: a huge, warm, cozy sweater that looks like you’re draped in snow, covering you up like you’re wearing a blanket. tell me that doesn’t sound amazing. i had a white fisherman’s sweater i lived in for years (no exaggeration), until i wore holes into it… which was rough. i found a replacement at free people that i love, and i tend to live in it. luckily these kinds of sweaters are easy to find, but when you find “the one” you’ll just know. 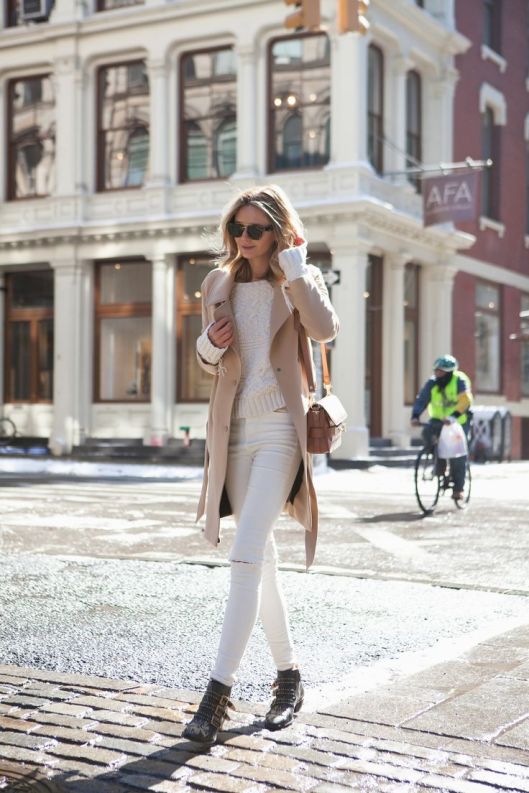 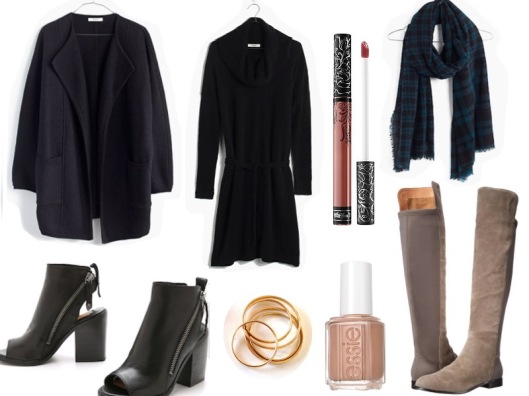 a month has gone by since my last post, and here we are in december… i have zero idea how that happened, but i’ve gotten used to the whole “time flies” concept at this point. i will be posting a glimpse into my fall experiences in new york, but for now i wanted to talk a little bit about my cold weather staples…

the oversized coat | so this style has sadly sold out, but i love oversized sweater-style coats. they protect you from the cold, feel like a blanket, and this one here looks oh so stylish.

the turtleneck dress | i don’t know when or how my love for this style got reignited (dramatic, i know), but i have been into this look again. this dress is beyond comfortable, cozy, not itchy, and warm.

the nudes | i am all about nude lips in all different forms, whether it’s lip gloss, lipstick, lip tint. the same can also be said for my nail polish choices (essie bordeaux/picked perfect, i’m looking at you…). i stick to berries and nudes during the colder months, but if i’m going to be honest with myself it’s more often a “natural” lip that you’ll find me wearing.

the tartan scarf | here’s the thing: i love the cold. i love it so much that i don’t really have issues walking to work during the winter as long as i’m bundled up. i really love this option and this one.

the over the knee boot | god knows the 5050 boot by stuart weitzman is beautiful… but god also knows it’s ridiculously expensive. i have been trying to find a dupe for a long, LONG time, so when i found these on sale on amazon i was more than happy. plus they’re very comfy, which is a plus…

the minimalist jewelry |  i love rings, but the downside of them is that basically none of them ever fit my fingers. thankfully knuckle rings help a bit with this issue. i love this set from essie. they’re simply, pretty, and one or two actually make a big difference for your “look” (or so i’d like to think).

the open-toed booties | these shoes are where it’s at. i’ve been kind of obsessed with them for a while, but finally decided to go for them thanks to some insane cyber monday savings. seriously, amazon fashion is unreal and their deals are hard to beat. these shoes are full price everywhere else except for amazon and add an additional 30% off and you’ve got yourself a steal.

1. i am in d.c. again, my second home, for homecoming weekend. this is my first time going to homecoming as an alum, which is insane. four years ago i never would have imagined myself at this stage in my life. by this stage in my life i mean sitting in a starbucks, working remotely for my job, and being a young professional. but surprise, here i am!

2. fall is here, and we all know what that means… hunkering down, getting comfy, fall food, and fall fashion. it’s time for me to break my jeans, sweaters, flannels, and button downs out. i love the idea of pairing a strappy heel with jeans and a button down/flannel, or throwing on a leather skirt with a sweater, high boots, and knee high socks. fall fashion is also the best because it’s the time of year where i finally start to cool down. no joke, i don’t really get cold, mostly hot, which means that summer can be rough. now that the weather is changing i’m in my element, and while it sounds cliche, it’s the best. as you know by now, i love to follow fashion/lifestyle blogs (surprise, surprise), and some of my favorite fall inspiration comes from sincerely jules and brooklyn blonde. jules has a more free-spirited approach to her style, while helena goes for the classic take on fashion. both bloggers know what they’re doing, and have helped me out (through their sites) many a time. 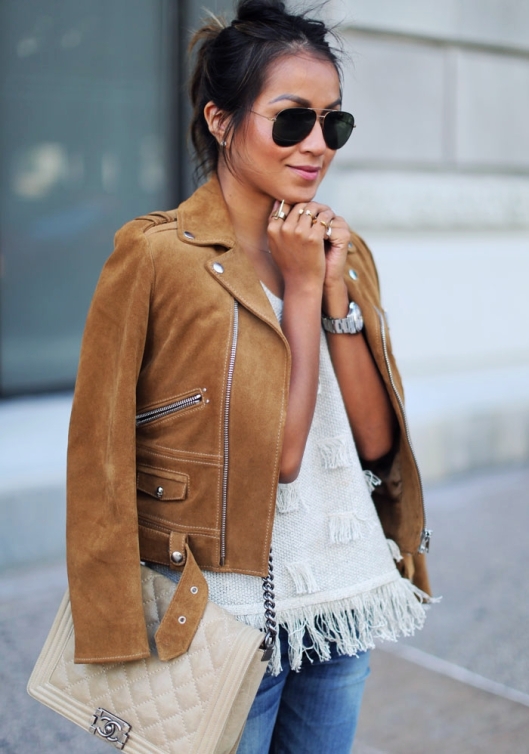 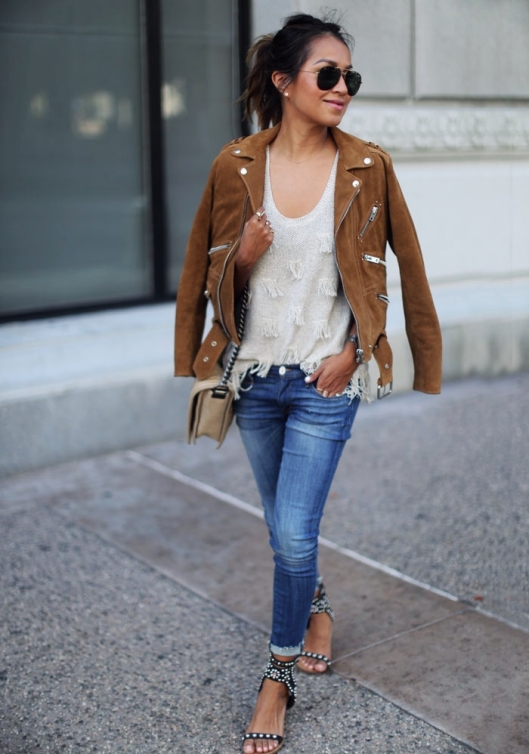 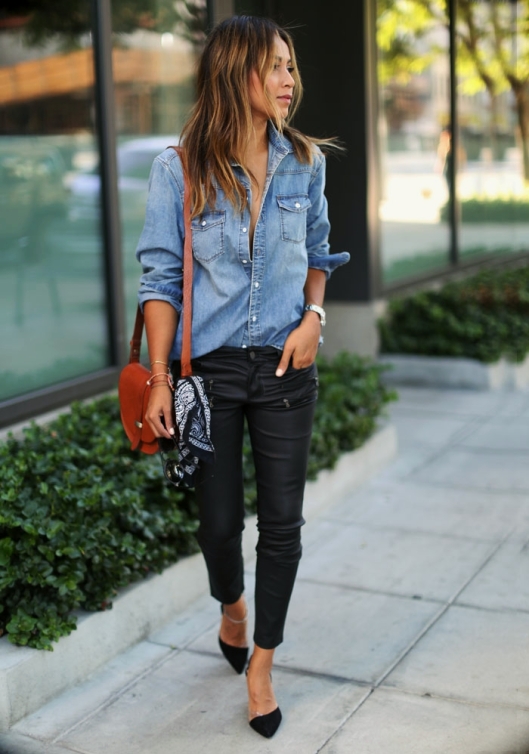 you can probably guess this by now, but i love awards shows. i always post about them on here, whether it’s my favorite beauty looks, favorite after party dresses, etc. i’m really into it. i also love the shows themselves (mostly the openings, funny dialogue, and amazing speeches… i’m looking at you andy samberg, amy poehler, amy schumer, jon hamm, and viola davis) and think that each awards show has its own personality. before i get way distracted, like i usually do, i wanted to show a few of my favorite looks from last night (guys included). it seems like it was ridiculously hot and many of the of the attendees had to carry fans down the carpet… honestly, i would have had to be pulled in a wagon for fear of passing out, but they somehow managed to still look great. which doesn’t surprise me at all… 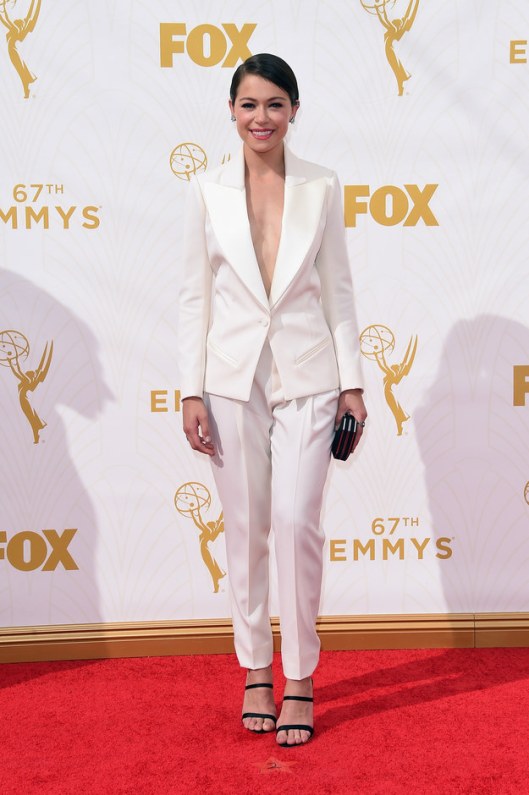 tatiana maslany pulls of a suit oh so nicely

aubrey plaza looks bomb… i think even april would be proud 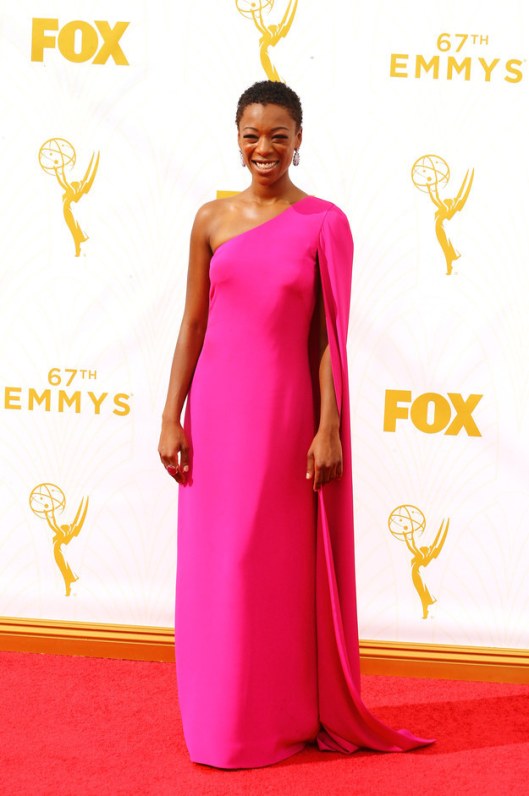 billy eichner looks like a straight stud (also thank god for difficult people, because i miss him as craig on “parks and rec” so badly) 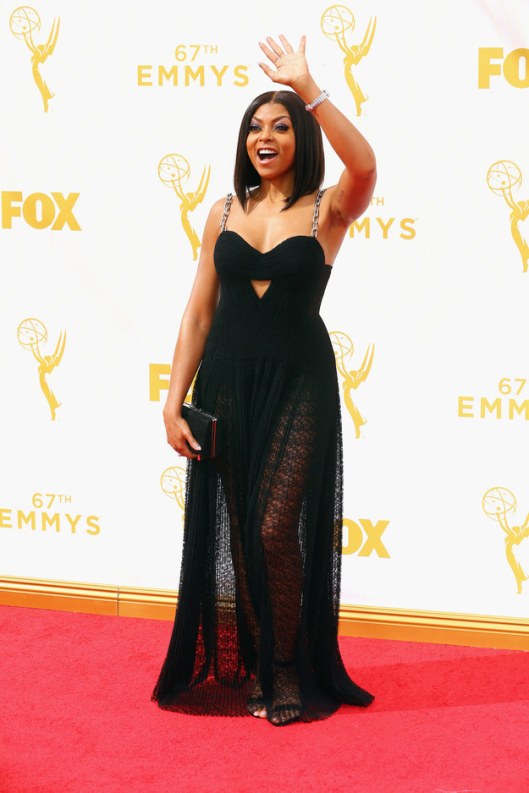 taraji, you are a goddess, don’t you forget that 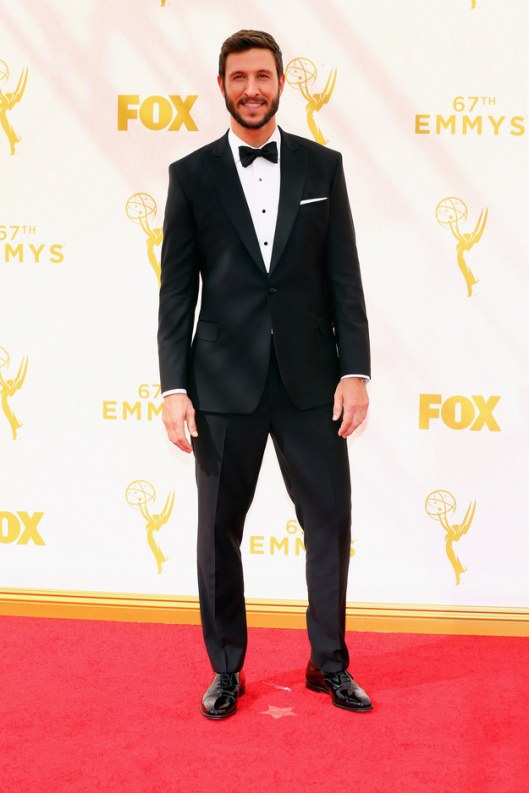 finally… amy poehler, you look amazing, and are funny, and you’re the best. never change. thanks so much… love, meg.

if you need a little bit of inspiration when it comes to getting ready, and you like clothes that are a mix of casual, chic, and everything in between you should check out these bloggers:

these ladies are some of my favorites and i am always on their instagrams/blogs and they are well worth the time spent on them. 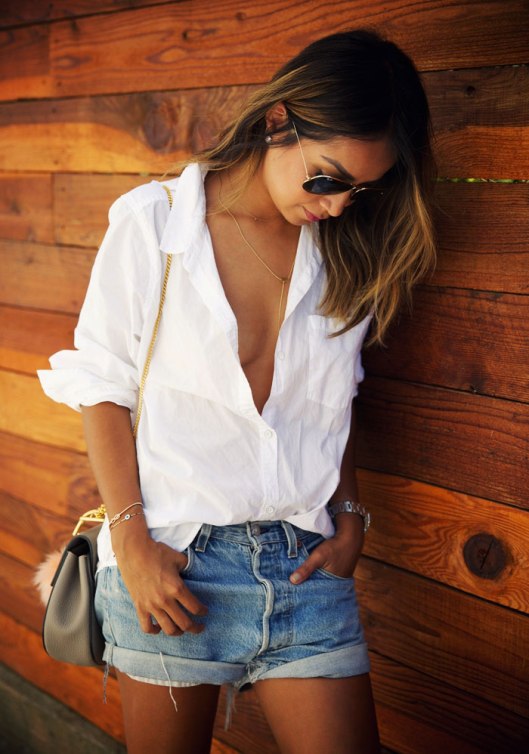 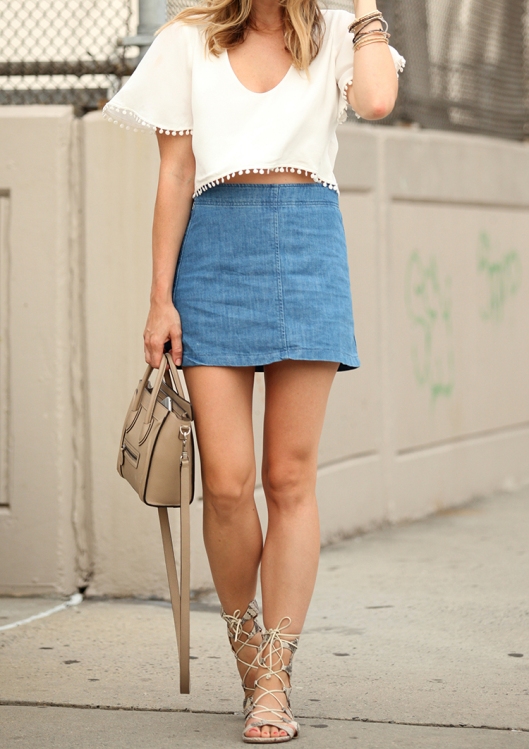 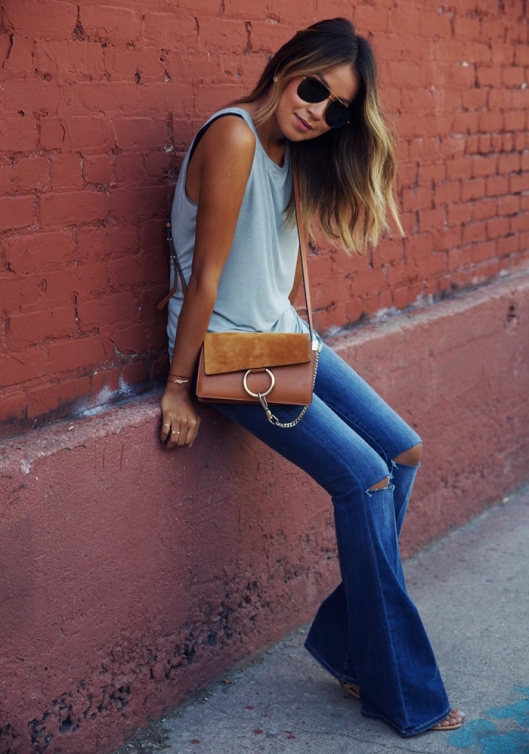